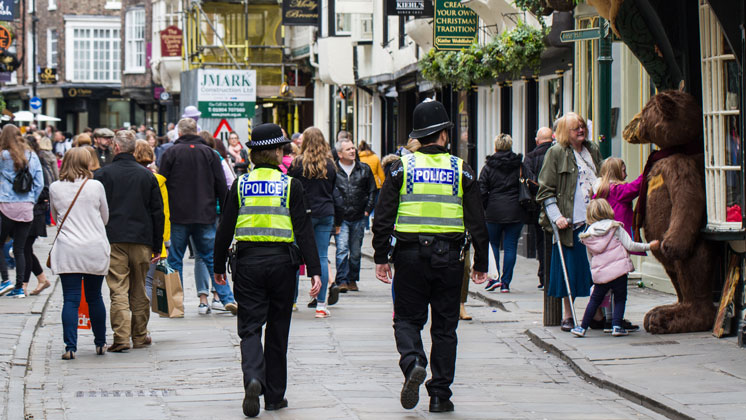 We are well aware of the pressure that UK policing and law enforcement is under, and that they have many different and important issues to deal with on a daily basis.

Fraud is the new ‘volume’ crime and if we are to have any hope of effectively tackling it, then an appropriate proportion of resourcing must be ring-fenced to prevent and investigate fraud and cybercrime.

Fraud is the single largest crime hitting citizens, charities and small businesses at present and yet it only receives a sliver of the attention and resourcing of other ‘more visible’ crimes. This needs to change.

Recently, a small business owner from London contacted us about suffering fraud. His business lost over £350,000 after hackers broke into his systems and spoofed invoices that looked like they came from genuine companies. This fraud hampered the company’s growth and has meant it is no longer able to recruit the new staff it had planned to. This kind of fraud is happening every day across the UK.

And it is not just small business owners that are being conned out of money and having their livelihoods changed.

The press last year reported about newlyweds Sarah and Ritchie who had been saving for years for a deposit on their first home, but cruelly lost it after a fraudster spoofed an email supposedly from their solicitor asking them to transfer their money.

After the fraud came to light Sarah said, “I was sitting at my desk in pieces. I couldn’t stop shaking. I was in complete disbelief that everything we had saved had gone.”

The gang have not – to our knowledge – been caught or the money recovered.

When reports talk about the billions of pounds lost to fraud every year, it is easy to lose sight of the fact that it is often real people at the sharp end of the problem.

This is why Cifas believes there is a role for neighbourhood policing to be involved in educating local communities and small businesses about online crime.

When Sir Robert Peel founded the police force, his first principle was that the police should be a preventative force trying stop crime from happening in the first place. We believe if local police enhanced their offering, giving good prevention advice to their local communities and small businesses, this would have a significant positive impact on reducing fraud.

To help neighbourhood policing fulfil that role, we believe there should be more special constables focused on fraud and cybercrime.

The think tank Reform released a report titled Bobbies on the Net earlier this year. They found that the UK currently only has 40 ‘cyber specials’ focused on cybercrime. That is not even one for each of the 45 territorial police force areas in the UK!

This compares to other countries, such as Estonia, who have 10% of their tech workforce signed up to be on standby for cyber incidents and emergencies.

We need more ‘cyber specials’ recruited. These officers can help police forces engage with their communities and local businesses, educating them on the risks of fraud and what they can do to protect themselves. They can also act as an expert resource in investigating fraud and cybercrime.

So, we are calling on the Government to incentivise businesses to back this initiative, and for law enforcement agencies to embrace it and start a mass recruitment drive for special constables who have a focus on fraud and cybercrime.

A new survey from Get Safe Online reveals that young people are more at risk from phishing scams than older people – they offer some tips to protect yourself.

Young people may be the most digitally savvy generation yet, but they still need educating about keeping their personal details secure when going online.