If there is such a thing as déjà vu by proxy, then in Utrecht on Monday (9 October) I experienced it.

The Dutch are currently having a national conversation about the sharing of confirmed fraud data to reduce fraud risk, and on the Sunday night I appeared on Dutch television adding the UK’s voice to the debate, sharing our experiences. 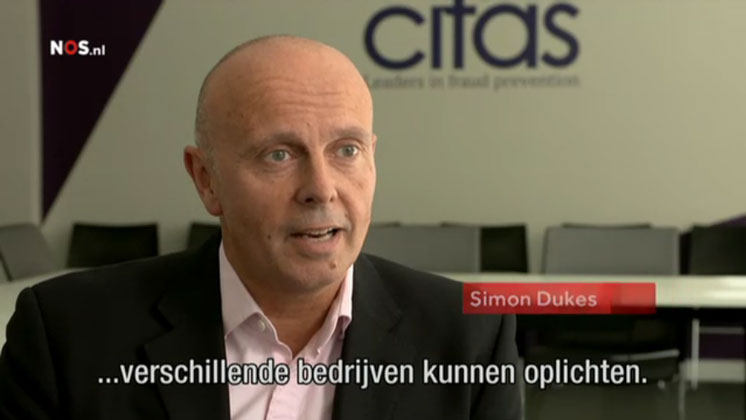 The following day, at a national conference, called ‘Misdaad zonder bloed’ or ‘Crimes without blood’ and hosted by the Dutch Fraud Help Desk, I provided further detail about Cifas, highlighting:

The Dutch Minister for Safety and Justice, the Head of Fraud and Intelligence of the Dutch National Police, and industry representatives were all supportive of creating a Cifas-type scheme in the Netherlands and they called on industry to leave competition at the door and to start sharing fraud data for the benefit of society – a call echoed by the Dutch press the next morning.

The Fraud Help Desk forms part of a wider organisation working against financial and economic crime in the Netherlands called SafeCin. It is this organisation which is looking to create a data sharing system based on the Cifas model.

They currently have eight members, including a mobile telco, utility company, online retailer, credit card provider, credit reference agency, insurer and a government department. And they now have something else very important too: momentum.

I was, of course, not present that Tuesday in June 1987 at the Consumer Credit Trade Association’s ‘Policing Credit Fraud’ seminar in London, when the idea of sharing data to prevent fraud was first aired. However, my predecessors have described the moment when Detective Superintendent Graham Balchin of the City of London Police, frustrated with speaker after speaker criticising law enforcement for not investigating and prosecuting fraud, deviated from his planned speech.

Instead, he told the audience that there was more that they could do themselves to protect their organisations from fraud. If they would only share information with one another, he said, a lot of the current fraud problems could be avoided.

A group of seven retail credit companies got together with the Consumer Credit Trade Association and they formed a working party. A year later, on Monday 7 November 1988, CIFAS was born.

Our mission back then was as clear as it is today: ‘to deter, detect and prevent fraud and fraud-related crime in society.’ I am proud that over the years this has included helping like-minded organisations elsewhere in the world. In 2001 we assisted with the formation of what is now the Southern African Fraud Prevention Service – built on the Cifas model. It would be a fitting landmark for our 30th anniversary in 2018 if we can help the Dutch do something similar.

The problem of internal fraud has been thrown into the spotlight with the case of Morrisons being sued by its staff. What can organisations do to protect themselves?

What can we learn from how other countries are fighting fraud?