The changing nature of identity: What 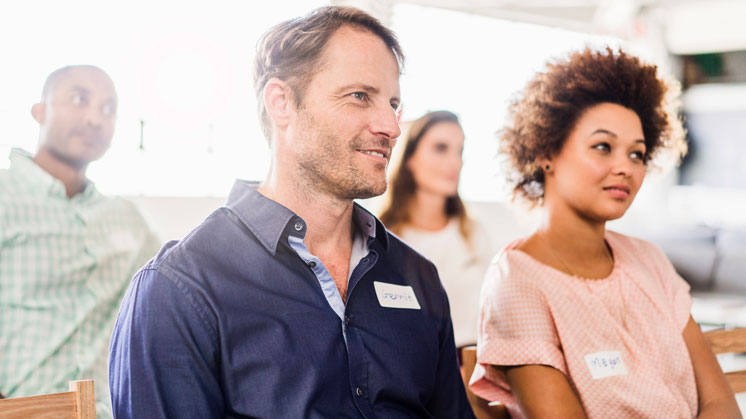 “I am not a number, I am a person.” So said the character Number 6 in the classic 1960s TV show The Prisoner, as he railed against the erosion of his identity and being referred to as a number rather than his name.

Many people will concur with this and object to the seeming impersonality of the ‘customer number’ – the number given to you by your bank to identify you. But a customer number is unique whereas a name rarely is. There are at least 6,000 David Jones in England and Wales and at least 4,700 John Smiths.

Even accepting that a name rarely belongs to one person alone, the theft of one’s ‘good name’ can be an emotive issue. This is due in a large part to the interlinking of the word ‘good’ with the concept of reputation. The name John Smith is shared by at least 4,700 people in England and Wales whereas John Smith’s good name represents his reputation and is his alone.

Questioning the connection between name and identity is not a new concept – Shakespeare was doing it in the 1590s, famously highlighting the distinction between the name and the person in Romeo and Juliet:

“Tis but thy name that is my enemy;
Thou art thyself, though not a Montague.
What's Montague? it is nor hand, nor foot,
Nor arm, nor face, nor any other part
Belonging to a man. O, be some other name!
What's in a name? that which we call a rose
By any other name would smell as sweet;”

An earlier quote from the same scene suggests that in the throwing of his name, Romeo would be denying his father – but traditionally many women change their names when they get married, bringing to question whether the same relationship between self and name exists for women as it does for men.

Men are charged with ‘carrying on the family name’ (and all the associated pressures that accompany that). It could therefore be inferred that the emotional impact of identity theft, and more specifically the perceived impact on one’s ‘good name’ of that misappropriation, could be greater for men than women.

But do we believe that in 2017 this is or has ever been the case? You’d have to hope not, because Cifas data shows that in 2016 61% of victims of impersonation were men.

So, names are not unique, women (or men) may (or may not) change them when they get married and actually, anyone can change their name by Deed Poll should they so choose. It is fair to say then that someone’s name, although potentially emotive, is clearly not the best way to identify an individual. This rather begs the question, what identifies us?

The answer depends on the context. Identity has been defined as the fact of being who or what a person or thing is. In a social science context it is a person’s conception or expression of their own individuality or group affiliations. So, it is how a person sees themselves and how they choose to express that. This can include things like nationality and support for sporting teams. While sociologically interesting, this is not helpful in ascertaining who is applying for a loan or being sure that the person trying to access an online bank account is genuinely the account holder.

This distinction in itself represents another consideration – are we talking about identifying someone or authenticating them? While frequently seen as the same issue, they perform different functions: identify is defined as “to recognize or establish as being a particular person or thing”, while authenticate is defined as “to establish as genuine”. So, when someone is identified, their identity is established with that identifying body, and when they are authenticated then that body is confirming that the person that they are dealing with is the person that they have previously identified.

Put simply, when you apply for an account, you are identified, and when you later wish to gain access to that account you are authenticated. The factors involved in both processes are different and, as we’ve already established, the use of a name is fit for neither.

In the next blog, I will examine the factors that make up these two different processes.

The changing nature of identity: Identification and authentication

What’s the difference between identification and authentication? We look at the different processes organisations use to confirm your identity.

Tim Mitchell from Get Safe Online looks at the growing problem of ticket fraud and advises on how best to approach buying tickets from unofficial sources.